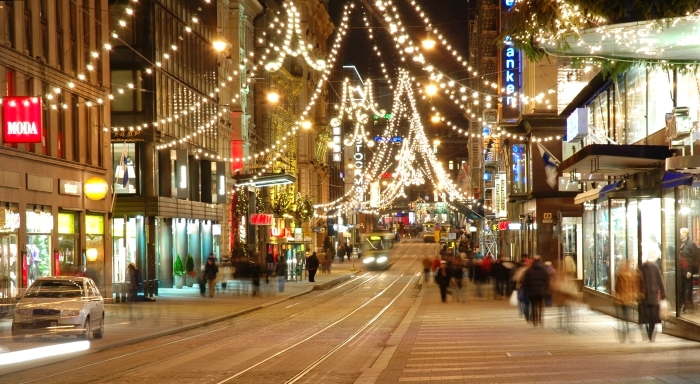 In 2006, the Union Tribune San Diego put out an article stating that major companies such as Sears, Krmart, and Costco were putting out holiday ornaments and decorations “as early as September.” In fact, the trend was said to have started two years before that.

The reason why retailers continue to put out the Christmas-ware earlier and earlier is because the extension of the season gives them a wider window for revenues, which traditionally, holiday sales have been 25-40 percent of their year’s sales.

A lot of retailers think that the earlier that they can reduce their promotions, the better. Shoppers might not want to wait for a product to go on sale because it might be sold out much closer to Christmas, so they’ll pay full price for it. Although it makes sense, it turns out that it really can have disadvantages also, according to the University of Pennsylvania.

It comes down to market share. There are a limited amount of consumer’s dollars being spent on gifts per year, and sometimes it just doesn’t make sense to spend loads of money on advertising and other expenses early in the season when many customers know they can wait and get deals closer to the holiday.

There are really only two ways that an early season may benefit a firm:

1. If the firm sells a product that is limited in quantity or unique, an early season may allow a higher number of customers access to the item, and it allows the firm a larger window of time to restock the product.

2. The firm offers the deepest discounts on general items, which also draws in more people over a longer span of time.

In any case, more research has to be done to have a more complete picture of what the effects of the Christmas Creep has on the retail market, but in the meantime, I wish the supply-chain managers and store associates out there all the best during the hectic 2014 holiday season.